The goal of our 2015 event was to give to the community a way in which to get beyond challenges that life presents and to gain a balance on the side of good. Discussed was how people who have tried everything and nothing worked can turn to Christian Science through The Bible and Mary Baker Eddy’s textbook, Science and Health with Key to the Scriptures.  You don’t just have to live with something with no hope of betterment. We can expect good and to gain freedom from whatever is bothering us! The speakers introduced thoughts that challenged the status quo of how diseases are inevitable, how others are incurable, how people just expect to deteriorate and decline, or put up with chronic conditions of disease or depression, and open ideas toward a peaceful, loved, healthy being. Life doesn’t have to be one thing after another.  As we open our thought through prayer to more infinite possibilities, we find solutions to life’s problems, like darkness before the light.

Our Gift to The Community:
An inspired point of view that leads to more peace, health and happiness in life. 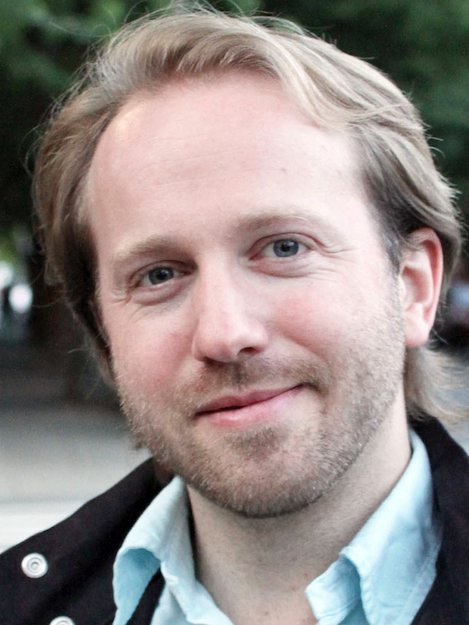 Nate recently had the opportunity to read the Christian Science Bible Lesson at a jail. A young man became interested in the universal ideas about God that Nate was sharing. Soon after, they talked at length about how God made man in the image and likeness of Love. A few weeks later, Nate ran into this guy again. With glowing eyes, the young man testified to how he had been healed of lung cancer while praying with Christian Science concepts. Experiencing first-hand the healing power of Love is Nate’s favorite thing. It’s what makes him tick.

Nate studied perennial religion at Hampshire College where he was introduced to Christian Science healing. Although he was enamored with the academic exploration of spirituality, what he truly desired most was to practice spirituality in a tangible way — he wanted to experience God and heal others.

After traveling the world for a year and hiking extensively in the Himalayas, Nate came to Boston in 2008 to work for his church, The First Church of Christ Scientist. Since then, he has served in many capacities, including launching and producing your Daily Lift and Time4Thinkers’ Weekly Musician podcasts. Nate also helped pioneer the online Sunday School at The Mother Church; helped launch a branch church in Jamaica Plain, MA; served as reader, soloist and Sunday School teacher in branch churches; worked as a counselor and wilderness trip leader for six years at Camp Owatonna; has shared the Good News at jails, rehab centers and interfaith-events. He’s also been widely involved in composing, producing and performing Christian music.

Nate enjoys wayfaring and adventuring, making Christian folk/hip-hop records, and cooking various delicacies with cast iron pans. But he says, “Without comparison, my greatest love, my greatest joy — my mission — is to transform lives and heal the sick through Christianly Scientific prayer.” 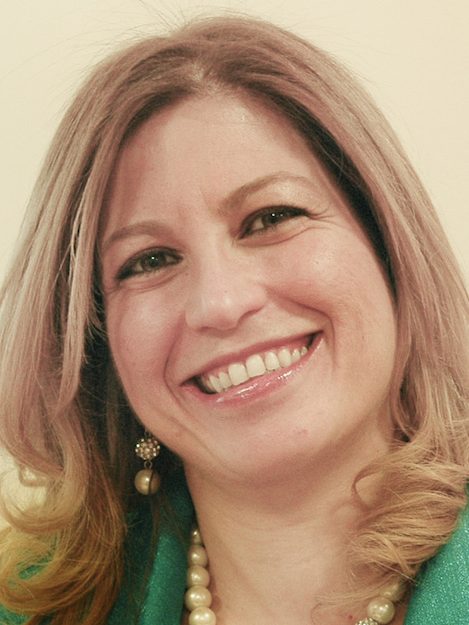 After living in Vienna, Austria, for three years and studying languages at the University of Vienna and music at the Vienna Music College, Leide Lessa returned to her home country, Brazil where she attended the University of São Paulo to finish her linguistic and literature studies in German and Spanish. At the same time, she started teaching Portuguese to professional expatriates and their families. Soon after, she began teaching German and Spanish as well, which led her to open her own language institute. She continued to study translation theory at Grad School and was fascinated by the role that intercultural knowledge and background play in the work of a translator.

During the ten years that Leide owned her language institute, she participated in national and international teachers’ conferences. She also helped organize local Christian Science youth summits. After witnessing healings from students and colleagues who asked her to pray for them, she felt that there is no higher profession than dedicating her life to helping others through metaphysical scientific prayer. So she sold her school and became a Christian Science practitioner in 1998 and a Christian Science teacher in 2009.

When she moved to Boston to work at the Christian Science Publishing Society, Leide stepped right into the volunteer program at the local jail, serving as a Spanish speaking chaplain and reader at Sunday services for eight years. She witnessed several beautiful healings among the over 500 inmates that she visited individually throughout those years.

Leide worked for 14 years at the Publishing Society, the last six as Managing Editor of The Herald of Christian Science, published regularly in 14 languages. Besides writing and editing, she also participated in radio and TV programs.

Leide loves to travel and is always eager to learn about the history, culture and language of other countries. She has visited 30 countries and lived in five.

Currently Leide lives in Quincy, MA, and goes to Brazil twice a year. She is available to lecture in English, Portuguese, and Spanish. 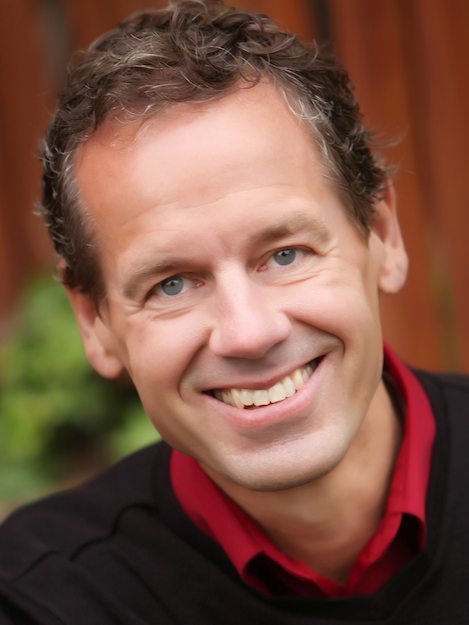 Conviction and purpose are what guide the life and career of healer and speaker Evan Mehlenbacher. Growing up in a family that practiced spiritual healing, it was natural for Evan to choose a life of helping others find spiritual answers to their everyday problems.

After receiving a BA in economics from Stanford University, Evan joined the family business — a large farming venture in Washington State that included apple, plum, and cherry orchards. Along with the daily challenges of operating a business, Evan was on a spiritual pursuit for answers to such questions as, “What makes life worth living? How can I be of help to others?”

A highlight for Evan was seeing the effect of prayer at work in his daily life — in resolving conflict among personnel on the ranch, learning how to run a business successfully, overcoming threats to health, and helping others. While farming, he was asked to visit an elderly woman who was almost immobilized by arthritis. Evan sat and prayed with her. The woman soon reported a lessening of pain and stiffness. She was so impressed with her ability to walk freely again that she told her friends. People started to call Evan to pray for them, and his public practice of healing through the power of prayer was born.

Five years after graduating from Stanford he married, made a career change, and began the full-time practice of Christian Science healing. Today Evan travels widely inspiring audiences with spiritual perspective that helps them find better health, live a happier life, and improve the world they live in.

He is a practitioner and teacher of Christian Science. Evan and his wife Kathy have two college-aged children and live in Richland, Washington. 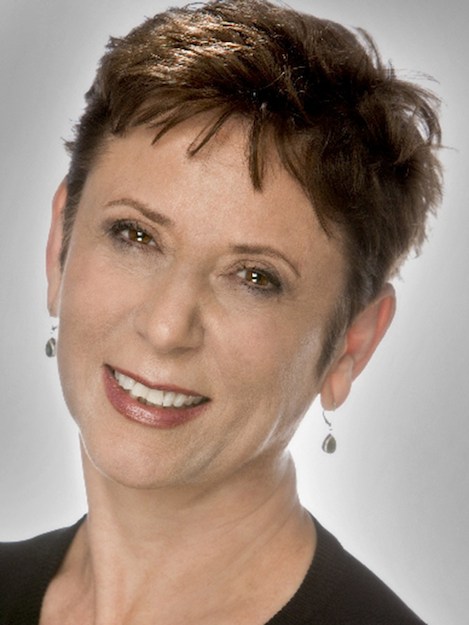 My Sunday School teacher, a Christian Science practitioner gave me a keynote for my entire future when I was a high school senior, struggling for clarity about my next big life step. “Julie, when the Children of Israel crossed the Red Sea, they couldn’t be afraid to get their feet wet!” she said. As I grasped what it meant to “get my feet wet”—to step out in faith and obedience, trusting all to God—not only saw what my next move in life was, but I was also quickly healed of a painful back injury.

Since then, there have been so many opportunities to leave old ideas behind, move forward fearlessly, and get my feet wet. And each time—whether the Red Sea looked like a relationship problem, a career challenge, or financial lack—the sea has parted, and I found new blessings and clarity where murky waters had seemed to be. Only God could do that!

From childhood, I have loved to dance, and this is yet another area that required my willingness to risk wet feet as I progressed. I danced with a small regional company and eventually became its associate director and choreographer. And I taught jazz and ballet to everyone from the tiniest little ones to the professional class. It was a continual wonder to me that I could get paid for doing something that I loved so much. Little did I know that this was only preparation for a career I would love even more. Dancing taught me to value discipline, obedience, and persistence—foundational qualities for the practice of Christian Science. Even though I didn’t intend to go into the practice of Christian Science healing, the practice came to me. Friends and family began asking me to pray for them, and I thought of my Sunday School teacher’s admonition and ventured forward.

Julie Ward became a teacher of Christian Science in 2006, and again found herself in awe of the joy that experience has brought. Now I’m happy to enter a new realm, and explore spiritual ideas with the public through Christian Science lectures. Whatever seems to be the challenge, let’s not stay on the shore. Let’s venture out and be willing to get our feet wet together.