People often speak of music as the “universal language,” powerful and transformative. What is it about music that can electrify, and uplift or sooth and settle us? Does music itself have the power to heal or is there something deeper?

“Music has long been recognized as an effective form of therapy to provide an outlet for emotions, the notion of using song, sound frequencies and rhythm to treat physical ailments is a relatively new domain, says psychologist Daniel J. Levitin, PhD, who studies the neuroscience of music at McGill University in Montreal. A wealth of new studies is touting the benefits of music on mental and physical health. For example, in a meta-analysis of 400 studies, Levitin and his postgraduate research fellow, Mona Lisa Chanda, PhD, found that music improves the body’s immune system function and reduces stress. Listening to music was also found to be more effective than prescription drugs in reducing anxiety before surgery”(Trends in Cognitive Sciences, April, 2013).

While successful new medical research is going on daily connecting music with science and healing, Mary Baker Eddy, the Discoverer and Founder of Christian Science, was aware that music, as inspired by God, was healing at the turn of the 20th century. She spoke this truth,

Adding, “I want not only quality, quantity and variation in tone but the unction of Love”. (Message to The Mother Church for 1900 p.11)

Calling music divine, Eddy understood that music comes from God and is a part of God. Unction isn’t a vocabulary word you hear often but it means: the act of anointing as a rite of consecration or healing; sanctifying grace. In that same talk she confirmed, “Mind, not matter makes music; and if the divine tone be lacking, the human tone has no melody for me.”

Without God, music has no power because the only power that exists, abides in God. Music expresses harmony, rhythm, and joy… all spiritual qualities of God. Soul uses His gift of music to inspire and uplift. Joy flows from the music, opening our hearts to receive more of God.

Mrs. Eddy understood music as sacred and was an accomplished poet. She references music over 50 times in her published writings and seven of her poems have been set to music as hymns, sung by Christian Science congregations all over the globe. Her words, “Music is the rhythm of the head and the heart.”(Science and Health p. 213) continues to be a relevant truth as more medical studies unfold.

Join us at TalksThatInspire.org on May 29th for a free virtual event with speakers who will invite you to see life from a spiritual perspective, which can lead to healing physically, mentally and emotionally. As a special treat we will also feature musician, Andrew Brewis from London England. Eight of Andrew’s compositions have been published in the Christian Science Hymnal and are providing blessings all over the world. 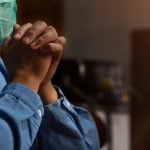 Overcoming Feelings of IsolationTalks that Inspire 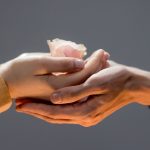 Choose Kindness and ForgivenessTalks that Inspire